While there is still no smoking gun evidence that the Trump campaign promised Vladimir Putin anything in return, the bipartisan Senate Intelligence Committee Report on Russian interference in the 2016 election offers a stack of damning evidence that the Trump campaign eagerly sought and received Russia's assistance during the campaign. The report from the Republican controlled Senate Committee was the result of more than 200 interviews with key witnesses and almost one millio 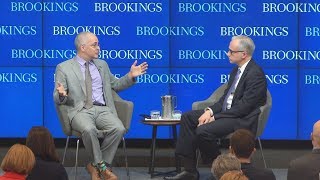 After the release of the Mueller report the more conspiratorial minded members of the right-wing, egged on by Attorney General William Barr, concocted theories to suggest that the FBI "spied" on the Trump campaign for some nefarious purposes. Trump's Department of Justice debunked this theory last year. Newsweek: "...After Trump tweeted last year about "Spygate," which alleged the FBI planted a spy in his 2016 presidential campaign, DOJ investigated. They found nothing to sup

[Updated 1/19/19] Robert Mueller's office released a statement yesterday which says the BuzzFeed story contained information that is "not accurate." It did not say which parts are not accurate, however. In response, BuzzFeed News issued a statement saying its sources are rock-solid. "We stand by the reporting in this story." Expect more on this over the weekend. ]Second Update 1/19/19] BuzzFeed released another update Saturday afternoon. BuzzFeed: “As we’ve re-confirmed our r

White House counsel, Donald F. McGahn II, is reported to be providing critical information in the Mueller probe into the dealings of the Trump presidential campaign. This is important because Mr. McGahn has been intimately involved with many of the Trump initiatives, including the firing of FBI director James Comey. McGahn is said to be increasingly worried that he'll be the next target of the Mueller team. The Daily Beast will boil the story down and send you on to a more de

Cohen Bombshell is Important, But Will Need Corroboration

Michael Cohen alleged yesterday that he was present, along with several others, when President Trump was informed by Donald Trump Jr of the Russians’ offer to provide damaging information on Hillary Clinton. Cohen says that President Trump approved the meeting. If true, it would provide Robert Mueller with a key piece of evidence in his Trump/Russia collusion investigation. However, he would need to find sources to corroborate the information. Trump and his surrogates will ar