Those that seek Donald Trump's impeachment have focused on several exchanges yesterday during Robert Mueller's testimony to Congress that make the case that the President and his associates welcomed the assistance of Russia and willfully impeded the special counsel's investigation. For example, during the second hearing Chairman Adam B. Schiff asked Mueller about the Trump campaign's use of the documents stolen by Russian hackers: SCHIFF: The Trump campaign officials built th 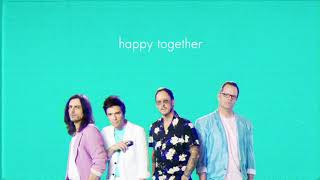 President Trump caved on his wall and signed legislation reopening the government, Roger Stone was indicted on a variety of charges leading from the Mueller probe and Weezer released a cover of the Turtles Happy Together. Happy Friday! #news #music #mueller

Robert Mueller's investigation into Russia's interference in the 2016 election and their assistance to the Trump campaign led to the indictment of 12 Russian intelligence agents yesterday. The indictments describe a wide-ranging and sophisticated hacking operation created to assist Donald Trump in his campaign to defeat Hillary Clinton. The Russian intelligence agents were charged with a variety of crimes including identity theft and money laundering. What we have learned fr