6. 10 Issues and Trends that Will Define America's Public Policy Debate in the 2020s

As promised during the election, President Joe Biden will quickly offer legislation to protect beneficiaries of the Deferred Action for Childhood Arrivals program [DACA, Dreamers] who were brought to America as children. The legislation will also offer a clear and specific path to citizenship for many of the 11 million undocumented immigrants who live and work in the United States. Los Angeles Times: “During his first days in office, President-elect Joe Biden plans to send a

Despite the rhetoric of the Trump administration and right-wing news outlets, sanctuary cities don't have higher crime rates because of policies that limit cooperation with Immigration and Customs Enforcement [ICE]. A new study by David Hausman of Stanford University, based on data collected by ICE and the FBI, confirms many earlier studies that show no uptick in violent or property crimes in cities that have adopted sanctuary city policies. Moreover, such policies reduced de

President-elect Joe Biden is going to have his hands full in convincing Congress to pass immigration reform legislation. Over the last decade Republicans developed an aversion to immigration, both legal and illegal. They defeated comprehensive immigration reform during both the Bush and Obama administrations and refuse to offer a pathway to citizenship for the 10.5 million or so undocumented immigrants living and working in the US, or the 700,000 individuals who were brought

The History of Immigration in America

There has always been something about the “otherness” of immigrants [their skin color, religion, language, culture or beliefs] that has sparked a backlash by some Americans. In 1751, Benjamin Franklin complained about the Germans in Pennsylvania and their reluctance to learn English. Even, the most famous immigrant of the 20th century, Albert Einstein, faced opposition when he sought entry with the anti-immigrant Woman Patriot Corporation arguing that he was “affiliated with

Donald Trump kept up his unfortunate and deceitful attack on undocumented immigrants during last week's presidential debate, again implying that they are murderers and rapists rather than individuals and families seeking jobs and better lives. It's the President's signature issue, so don't expect him to change his tune despite a growing mountain of evidence to the contrary. Another study on immigrants and crime was released yesterday in the Journal of Crime and Justice, co-au

A new study published this week strengthens the body of research demonstrating the importance of immigration to the US economy. Professor Benjamin Jones of the Kellogg School of Management at Northwestern University and several colleagues designed a study to determine the contribution of Immigrants to economic growth and job creation. Their findings: Immigrants are quite entrepreneurial. Immigrants are almost twice as likely as native-born Americans to start a new business. B

Trump's Directive Regarding the Census is Blatantly Unconstitutional, But He Already Knows That

President Trump issued a directive yesterday to exclude undocumented immigrants from the census this year. The order may seem odd to some because the Constitution says that all "persons" residing in the United States must be counted to divide up seats in Congress among the states, and everyone living here, regardless of immigration status, has been counted since the first census in 1790. Moreover, Article 1 of the Constitution gives Congress the authority to oversee the censu

Ever since Donald Trump's unfortunate comments about Mexican "rapists" during the 2016 campaign, few topics have garnered more attention than crime rates among undocumented immigrants. We have published the results of many of those studies and the truth is that the undocumented population of America tends to be more peaceable than the rest of us. Last year Alex Nowrasteh of the CATO institute published a piece reviewing the research, much of which has been conducted in Texas

According to a new Pew Research survey, Americans broadly support legal status for "Dreamers," undocumented immigrants brought to America illegally when they were children. More surprisingly, the vast majority of respondents also support amnesty for all undocumented workers as long as certain conditions are met, such as paying a fine and any taxes owed. According to the Pew study, 74% of us now favor a law to provide permanent legal status to "Dreamers " while 24% are opposed

A new study in Wisconsin found a severe shortage of caregivers to staff assisted living facilities, home health care agencies, and nursing homes across the state. Pennsylvania is in the same boat according to state officials and the problem is even worse in Maine, the nation's "oldest" state. It's a national problem and it's going to get much worse in the coming years as the population ages. By 2030, 20% of all Americans will be 65 or older, and the number of individuals who

Some newly installed panels of the President's "virtually impenetrable" border wall in California blew over on Wednesday [video here], landing on the Mexican side of the border. To be fair, it wasn't actually new border wall, just replacement panels that Trump likes to count as new border wall because only about a half mile of new border fencing has been built. Authorities in Mexicali, Mexico responded quickly and there were no injuries. Luckily there were trees on the Mexica

Predicting the future is fraught with difficulties, and it's especially hard today because the pace of innovation is at an all-time high and new technologies have a broader impact on our culture and public policy than at any time in history. However, there are demographic, social and political trends that are a bit easier to predict with some precision and they will have a substantial impact on America in the 2020s [20s]. Moreover, there are also some long-term public policy

Immigration: The Other Reason That Evangelicals Won't Abandon Trump

White evangelical Christians will overwhelmingly vote to reelect Donald Trump in 2020 despite the recent dust-up with Christianity Today magazine and their editorial last week calling for the President's impeachment and removal from office. They broadly support Trump's appointment of conservative judges to the federal courts and hope that his appointees will reverse the judiciary's secular tilt toward LGBT and abortion rights. However, there is a second, and equally important

A new poll by the U.S. Immigration Policy Center at the University of California-San Diego shows that folks who live nearest the Mexican border really don't like the President's immigration and asylum policies. Researchers surveyed 2,750 residents from California, Arizona, New Mexico and Texas [two red states and two blue states] from October 8 to 22 and found the majority think Trump has been far too harsh in his treatment of illegal immigrants and families seeking asylum in

We are continuing to update our original list of ten myths about undocumented immigrants, but there are many more and we address five additional myths below. In many cases they developed from outright lies and conspiracy theories, and far too often they are grounded in racism and xenophobia. Myth 1: Thousands [millions if you ask former President Donald Trump] of undocumented immigrants are voting illegally in our elections. Reality: Voter fraud is exceedingly rare and there

Since he first announced his candidacy for President, the centerpiece of Donald Trump's anti-immigration strategy has been to convince Americans that undocumented immigrants are "rapists" drug dealers and murderers. There is a growing body of research that demonstrates that Trump is wrong, and a study released this week provides additional evidence. Researchers from the conservative Cato Institute examined criminal convictions in Texas for 2017 in order to compare the crime r 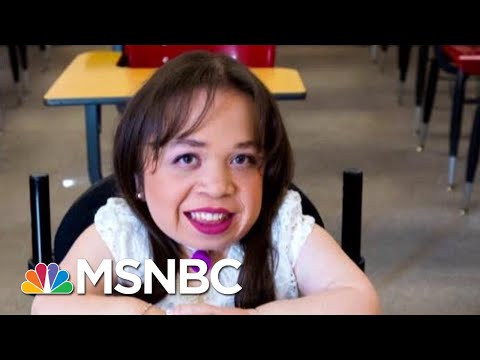 Individuals seeking innovative medical treatments for deadly diseases often travel to the United States for care. If the treatment is effective and not available in their home country, they will seek permission to stay here so they or their child can continue the lifesaving medical care. The federal government gets about 1000 such requests each year and, if properly documented, approves many of them. NBC: ... "In Miami, attorney Milena Portillo told The Miami Herald that fami

Ken Cuccinelli Doesn't Understand What Immigration Has Meant to America

America is learning what Virginians have known for some time; Ken Cuccinelli is a bit of a jerk, and an ignorant one to boot. Prior to getting his new job in the Trump administration as acting head of U.S. Citizenship and Immigration Services, he served as Virginia's Attorney General, then lost to Terry McAuliffe in the 2013 gubernatorial election. This one paragraph in his Wikipedia biography, captures Cuccinelli in all his bigoted, science-denying glory: Wikipedia: "A self

One of the many myths about immigration is that those coming to America today are not learning English and assimilating as fast as immigrants in the past. We have addressed research on this issue before and it's simply not true. Sociologist Claude Fischer has researched assimilation by immigrants for several decades and wrote this for a piece in "Timeline." Timeline: "Unfortunately, Americans hold a warped collective memory of earlier immigration history. Many assume that th

Today's Prepublicized Immigration Raids are About Energizing the Trump Base